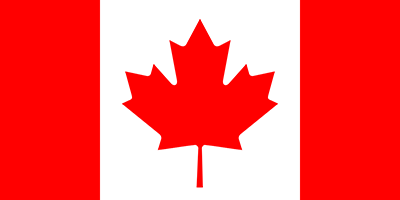 Dr. Brown is a family physician practicing in the province of Ontario for over 15 years. He took advantage of the new law in 2006 allowing doctors (and dentists) the opportunity to incorporate their practice. These professionals can now have what is known as a medical professional corporation.

He is 52 years old, his wife Barbara is 52, and they have two children. In the past 10 years Dr. Brown’s business income and investment earnings ranged from $225,000 TO $350,000 per year. He has generated a significant amount of extra cash flow every year and keeps a large portion of his profits in his medical corporation.

He has been able to accumulate well over 2.5 million in his corporate savings account. This money is currently invested in traditional investments such as: GIC’s, bonds, dividend-paying stocks, as well as common and preferred shares. Every year his company pays tax on the income generated from these investments.

Then his unwanted partner Revenue Canada came in and took out his share.

Since Revenue Canada considers these investments passive investments, they are subject to the highest corporate tax rate. In Ontario he is taxed at 50.17% on interest income, 38.33% on his dividends and 25.08% on capital gains.

He is looking for an effective strategy to transfer some of this money from a taxable environment to a non-taxable environment. Eventually, he would also like to transfer whatever is left over to his children tax-free and reduce the capital gains tax on the value of his company’s shares at death.

With the help of their insurance advisor, Dr. Brown and his wife implemented a plan taking into consideration the following:

Taking all of this into consideration, Dr. Brown and his wife applied for a corporate-owned joint last-to-die insurance plan.

They chose a whole life plan that would consist of a savings portion and a life insurance component.

They decided to re-allocate $200,000 every year for 10 years from their highly taxable corporate savings account to the tax-exempt insurance plan.

Their holding company was named as both the owner and the beneficiary of the policy, otherwise potential taxable shareholder benefits could arise.

After they completed and passed the company’s medical exam, the policy was issued with an immediate tax-free death benefit of $4 million dollars.

After 10 years of investing $200,000 into the plan, the insurance amount would double and grow to 8 million dollars.

By the time Dr. Brown reached 80 years of age the insurance would grow to well over 10 million dollars.

The best part was that the insurance policy was paid up in 10 years with an option to stop paying in 6 years (premium offset option not guaranteed and will depend on future dividend performance).

If Dr. Brown and his wife withdrew $1 million from their cash portion, to supplement their retirement income, their children would still be left with a tax-free death benefit of close to 7 million dollars.

(CAUTION: If Dr. Brown were to cash out early he would receive less money back compared to his total policy cash values. Cash withdrawals may be taxable when withdrawn from insurance plan and will reduce the death benefit dollar per dollar).

If he did nothing at least one-third or more of his holding company’s assets could be paid in taxes when left to his children.

(Note: Dr. Brown could realize significant annual savings by having his corporation own the policy and pay for the premiums. Generally, the corporate tax rate on his medical practice is lower than his personal tax rate. That means it would require less pre-tax income to fund the premiums through the corporation compared to paying for them personally. His personal tax rate was 53.53% while his corporation’s tax rate was closer to 15%).

Disclaimer: This example provides information of a general nature only. Always consult a professional if you have any specific legal questions. This material is for information purposes only and should not be construed as providing legal or tax advice. Reasonable efforts have been made to ensure its accuracy, but errors and omissions are possible. All comments related to dividends, cash values, insurance amounts and taxation are general in nature and are based on current Canadian tax legislation which is subject to change.